It's been almost 4 years since (JP)DanMachi MEMORIA FREESE was released!
At last, we are getting our 4th anniversary plans underway!
The first part of the DanMemo (JP)4th Anniversary Eve will start 05/26(Wed) (PST)!

A tale that looks over this past year, a debut of a new 4★ Unit of a certain character, and a tournament to determine the best familia: Master of Familia War Game, as well as many other events are happening! 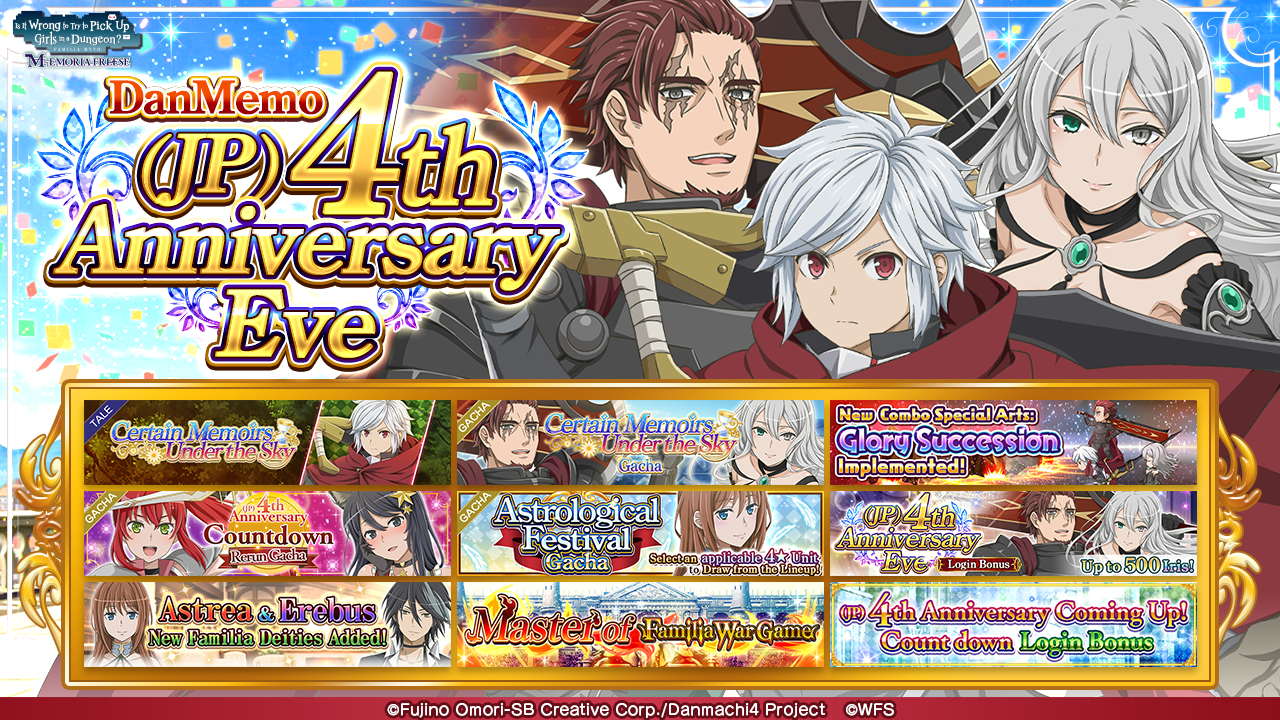 We'll be releasing more and more information for the 4th Anniversary, so be sure to check out the official DanMemo Twitter!

(1) A Recap of This Year's Events, Tale Certain Memoirs Under the Sky is Available!

A new tale, Certain Memoirs Under the Sky will be held, looking back at the various event stories that have been held since last year's (JP)3rd anniversary of DanMemo!
A certain character will appear as a new Unit! It might or might not be related to the (JP)4th Anniversary...

By clearing the event, you can get a Memoir Exchange Ticket, an item which allows you to draw a 4★ Gtd. 11 Draw Gacha of your choice! During the event period, quests will be released in stages.
Please see the event notice for a detailed schedule.

(2) Zard, Alfia, and Bell will Appear as New Units!

Certain Memoirs Under the Sky Gacha will be available!

The Bell in Salamander Wool outfit, which ranked #1 from last year's worldwide election 2020 Labyrinth City Collection, will be appearing as a new 4★ Unit!
Also, Zard and Alfia from the (JP)3rd Anniversary event Astrea Record will be appearing as new Units!
All of them are strong Time-limited units, so don't miss out on them! 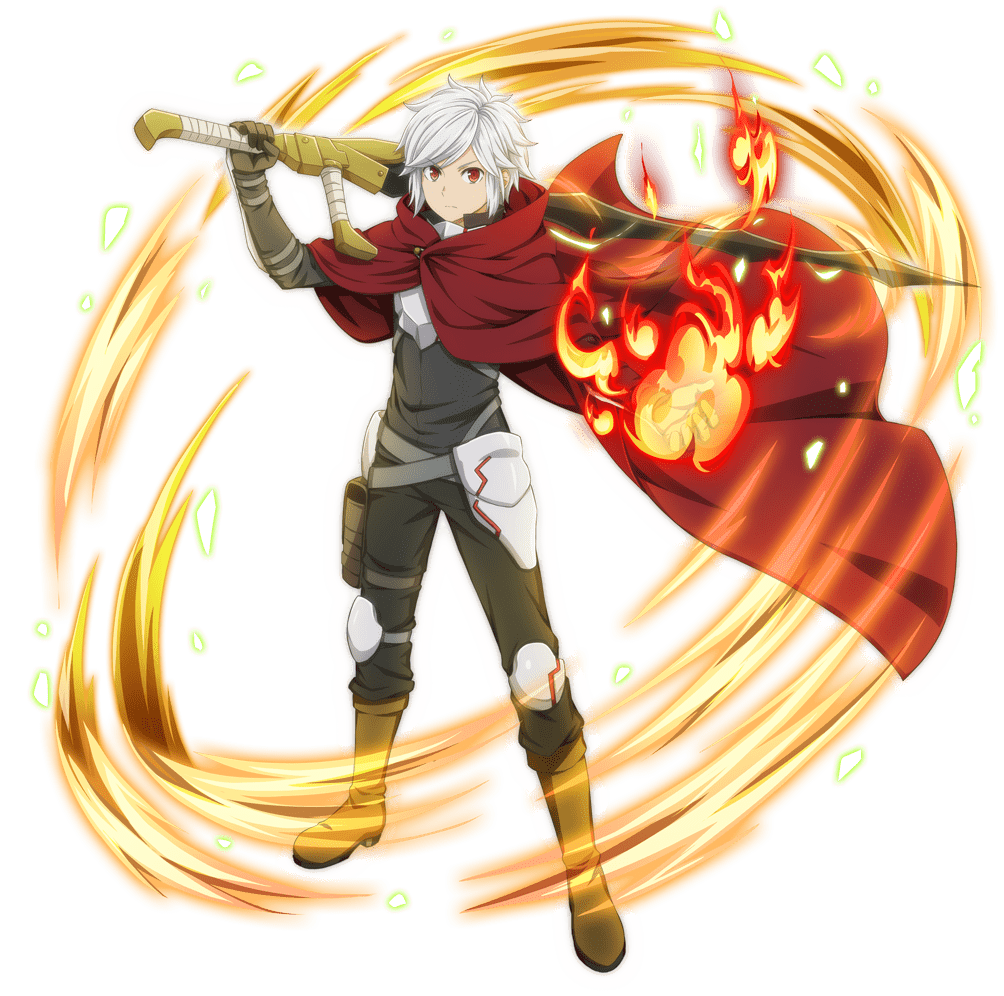 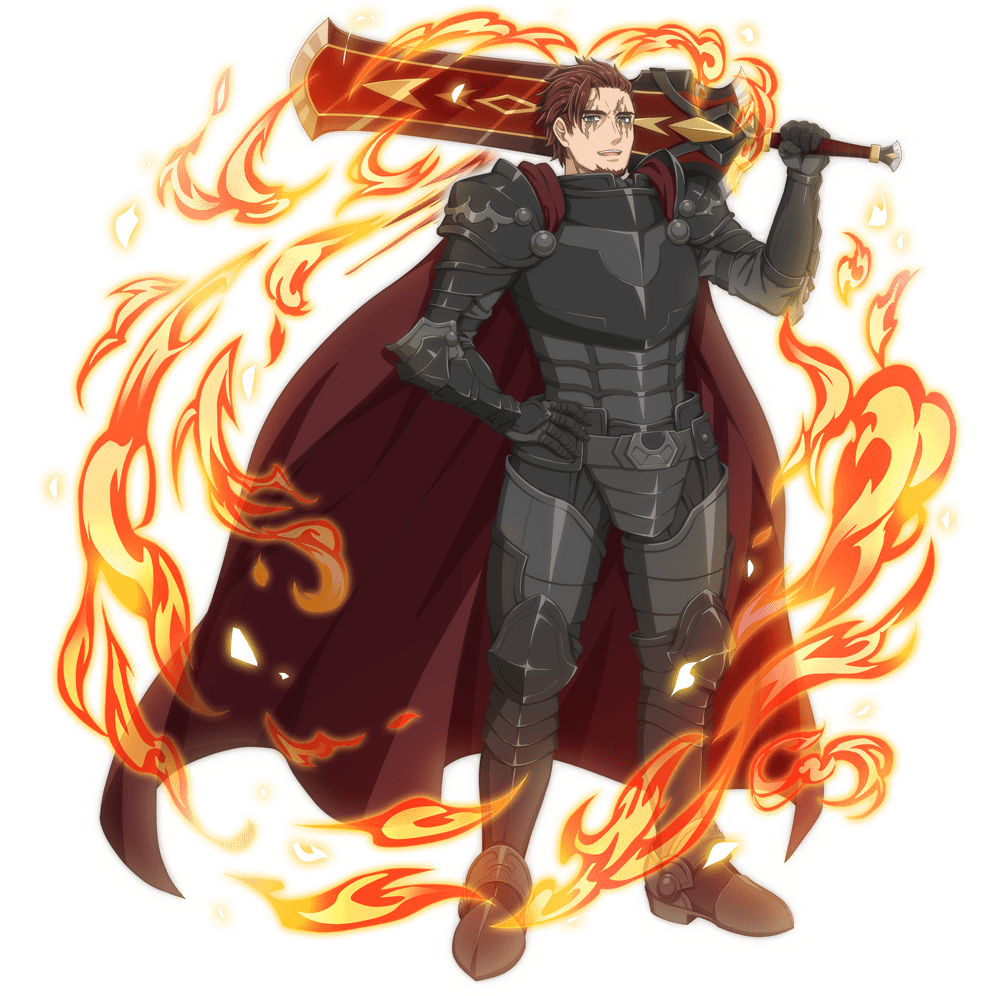 The new Combo Special Arts Glory Succession has been implemented!
You can activate it with the combination of Bell, Zard, and Alfia!
Try using it in battle!

※Using 2 or more of these Units's Special Arts at the same time will activate it. ※Applicable Units may be added later. 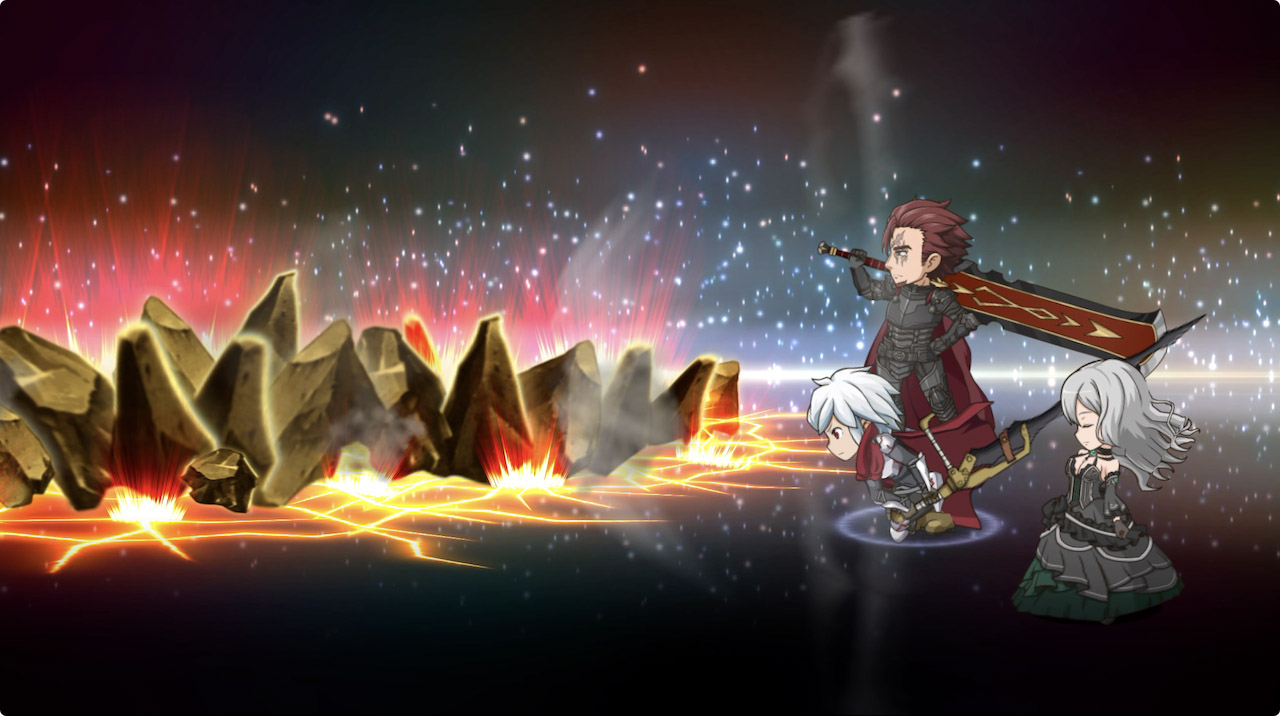 (4) Gachas from the Past Year Available in a Row! Countdown Rerun Gacha!

(JP)4th Anniversary Countdown Rerun Gacha will start!
Leading up to the day of the 4th Anniversary, the various gachas held in the past year will be available as a rerun!

Please see the event notice for a detailed schedule and gacha contents. 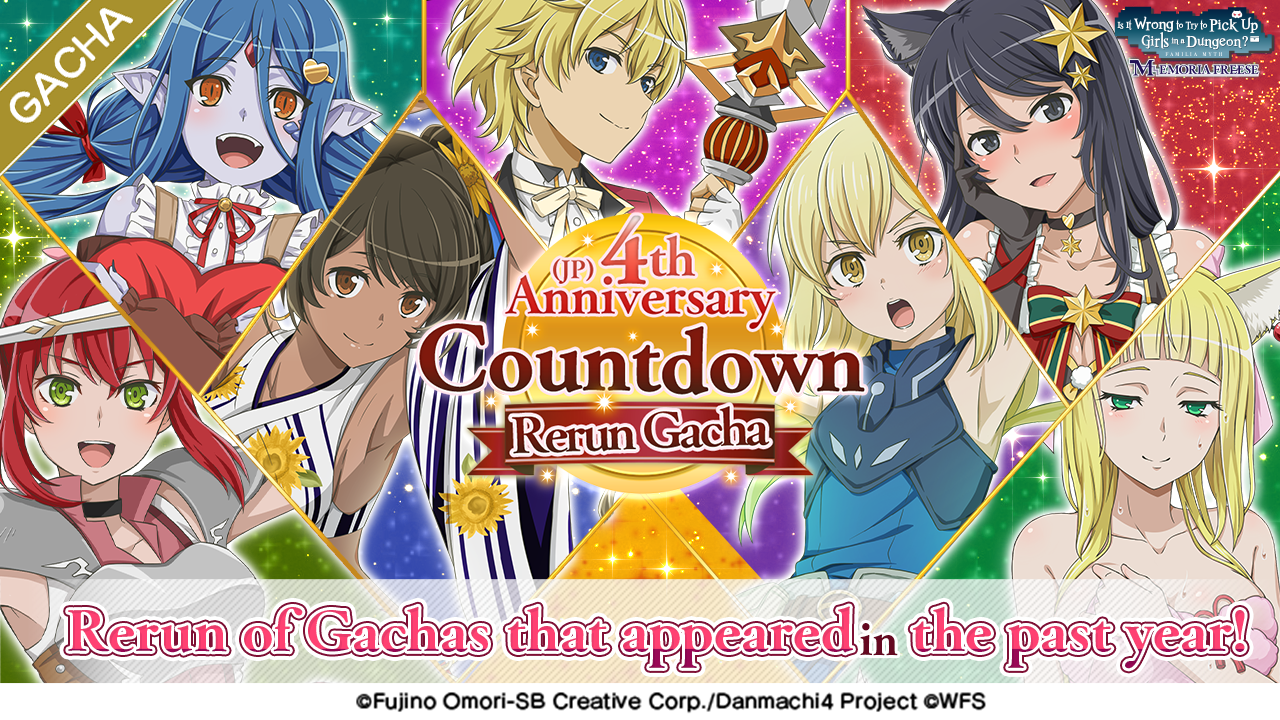 A new type of gacha, the Astrological Festival Gacha will be available as a special gacha for the (JP)4th Anniversary eve!

This is a paid gacha where all 21 Time-ltd Units that appeared in (JP)3rd Anniversary event Astrea Record can be selected as the 3 Units of your choice to pull!
You can spin for a maximum of 7 times, and every time a 4★ Unit is guaranteed!

This is your chance to get Units that you haven't gotten yet, or Units you want to limit break!

To celebrate the start of DanMemo (JP)4th Anniversary Eve, there is going to be a login present of Iris x100 every day for 5 days from 05/27(Thu)!

You can receive it by logging in on that day, so don't miss out! 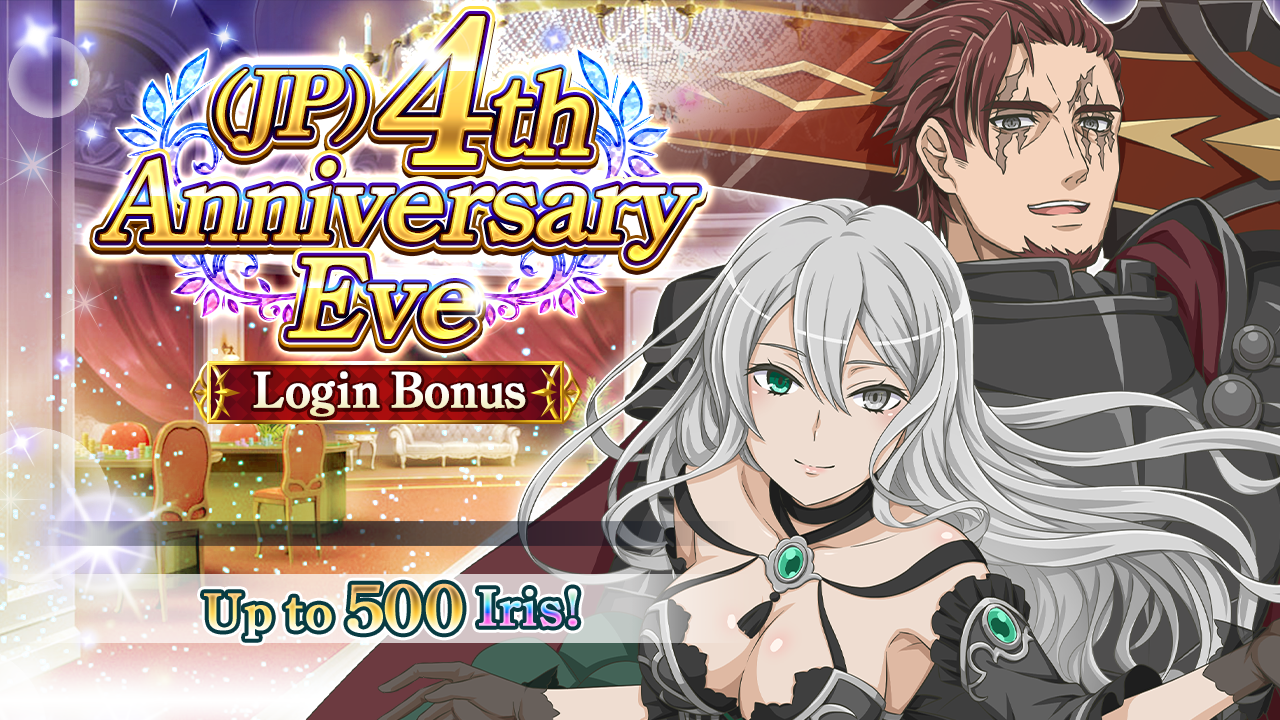 Astrea and Erebus from the (JP)3rd Anniversary event Astrea Record will be added to Familia Deities! 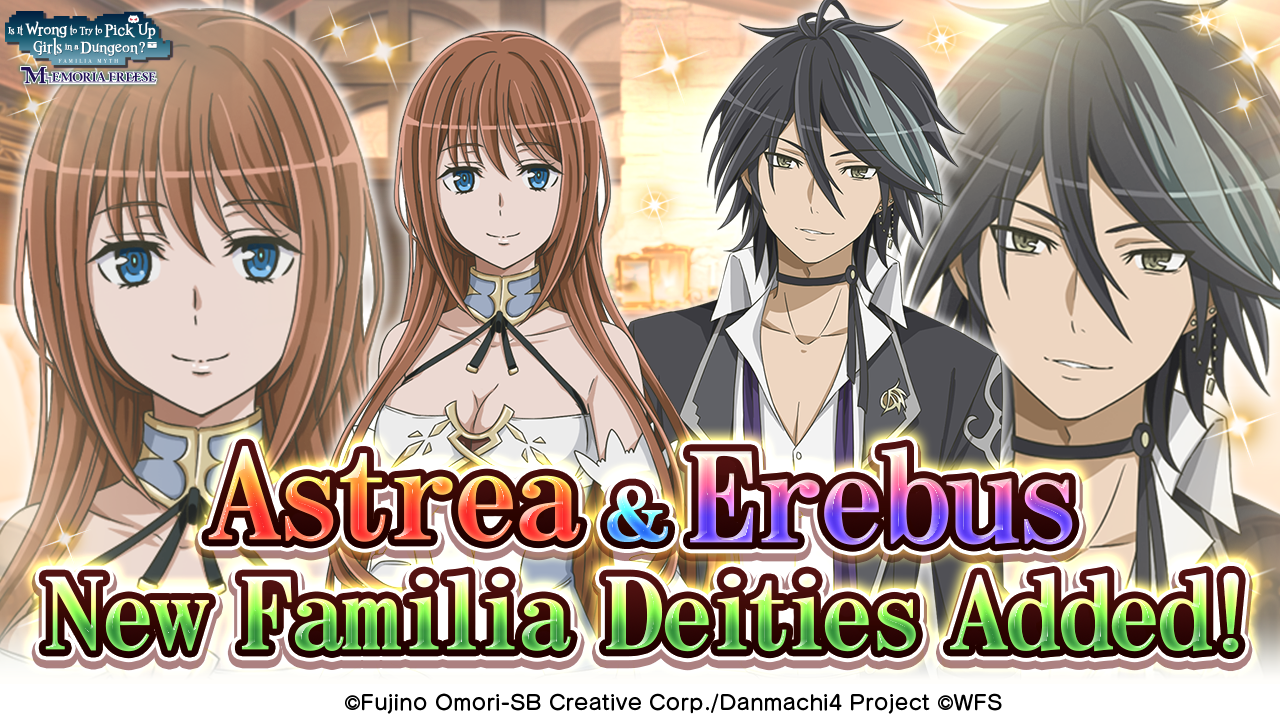 A tournament event to determine the best of all the familias, Master of Familia War Game is happening!
It's the third season this time!

The top 16 familias of the Hero League in Familia War Game Season 14 held from 6/3(Thu) will be competing in this tournament.
Which familia will be crowned the strongest?! Stay tuned for a hand-wringing battle!
Players who are not participating in the tournament may also enjoy the event with features for predicting the winning familia.

During the period running up to the 4th anniversary, we will be offering a Count down Login Bonus where you can get a different luxurious item every day!
You won't be able to get items on days you don't log in, so be careful not to miss out!


Thank you for your continued support of "DanMachi MEMORIA FREESE".